We decided to go to Maple Ridge today to walk on their dyke system and stop at this great dog park they have so Sadie could run and play before having to spend the rest of the walk on leash.  The dog park is situated right on the river, so the dogs can swim if they want.  When we got there, Sadie went into the water and watched some other dogs go swimming, but was way too afraid to actually swim herself.  We stood around for 15 minutes or so, while she played but determinedly stayed in the shallow part of the water.  We decided to walk a little further down the river, so we could see if she would swim where there were no other dogs. And low and behold that’s exactly what she did.  We got a few sticks and through them out not so far so she wouldn’t be too afraid of going in. She kind of eased herself into an area over her head and started swimming.  After, we went back to the other area (it was decidedly less muddy) and after a little hesitation swimming in front of the other dogs, she was in full force; swimming out grabbing sticks acting like she has been doing this forever.  It was amazing! 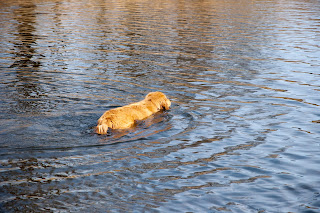 Going in, after the stick 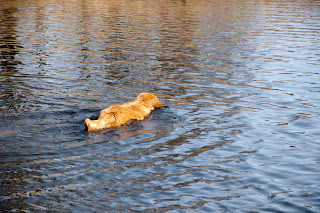 Almost over my head…. 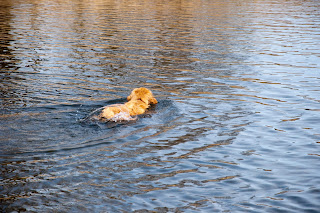 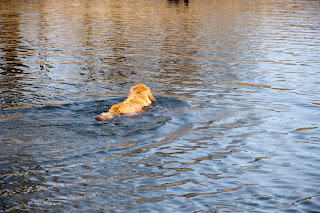 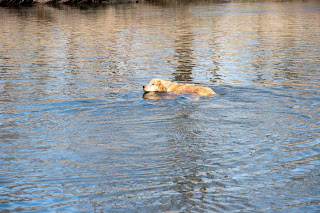 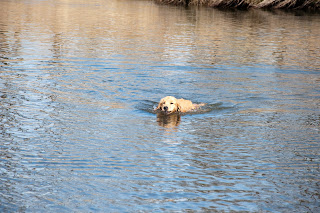 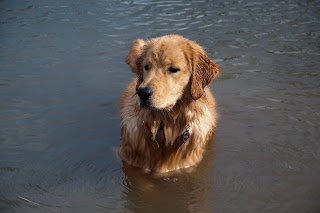 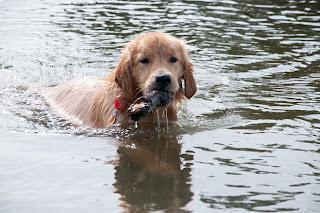 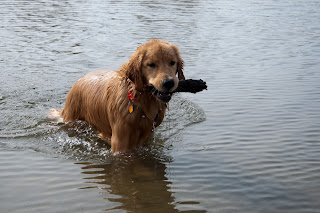 Soaking wet!  She looks so skinny with her fur wet!!! 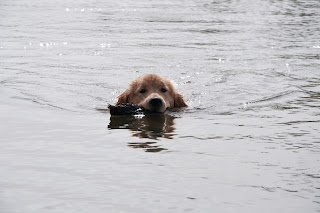 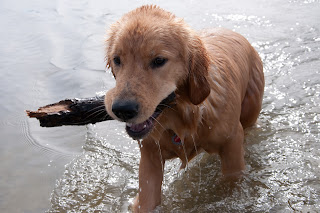 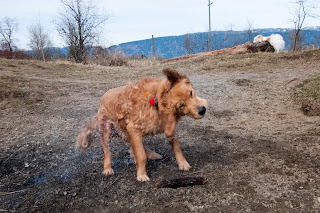 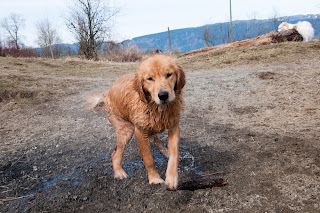 Hanging out with friends.

A week of swimming